ABOUT USIN THE NEWS

Research and advocacy of progressive and pragmatic policy ideas.

The Cost of Higher Education in Malaysia

How Much Does It Cost To Get an Undergraduate Degree in Malaysia?

Where possible we contacted the institutions (both public and private) via email and / or phone to verify information on the website. Some were very helpful but in other cases, our emails were not responded to and our phone calls were passed on to different departments but ultimately did not obtain the information we sought.

The table above presents a range of fees based on published information, rounded up or down to the nearest hundred ringgit. There may still be differences with individual experiences, as we are aware that the published costs might have changed, or individual circumstances such as the need for additional preparatory courses may affect the fees.

It is increasingly common for full-time students to supplement their income by working part time. This may be to cover for shortfall in funding to pay for courses, to cover living costs and other incidentals, to supplement existing income or to get ahead in saving to pay off their study loans. A HSBC report on higher education found that on average, Malaysian students spend 3.4 hours a day in paid employment.

Some questions from fans of policy and ordinary citizens:

How do economic factors, such as low graduate starting pay, high costs of living and graduate unemployment compound problems of education loan repayment?

Email us your views or suggestions at editorial@centre.my. 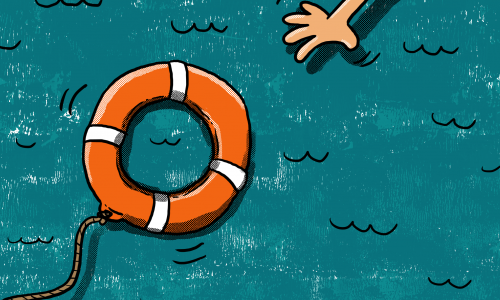 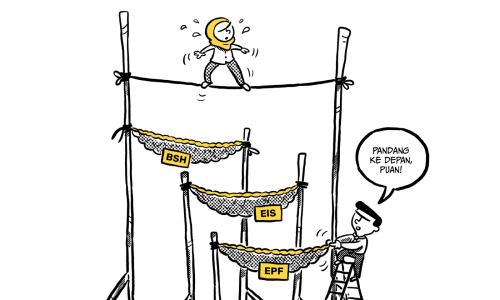 The Social Safety Net: What Should We Expect?

Do we have a clear idea of what the social safety net should provide?

Do we have a clear idea of what the social safety net should provide?

The costs of accessing private and public healthcare services when you fall sick.

The costs of accessing private and public healthcare services when you fall sick.

The Centre is a centrist think tank driven by research and advocacy of progressive and pragmatic policy ideas. We are a not-for-profit and a mostly remote working organisation.

For general inquiries, please write to us at info@centre.my.

For job and internship applications, please write to us at careers@centre.my.

RESEARCH PILLARS
ALL PUBLICATIONS
ABOUT US
IN THE NEWS